The entrepreneurial spirit is alive and well at CoreCommerce. We understand the creative passion that drives you and the pride you put into your work.

Established in 2001 and built on a proprietary and exceptionally robust and user-friendly shopping cart technology, the Franklin, Tennessee-based company has grown into a one-of-a-kind online selling environment, attracting a thriving community of over 3,000 e-commerce entrepreneurs from around the world.

They count on CoreCommerce for ongoing automatic upgrades and always-free features that more than keep pace with evolving technology.

At CoreCommerce, we love coming to work every day. From the CEO to the marketing department to our dedicated tech support team, the staff at CoreCommerce takes pride in our user community and works tirelessly toward technical innovation and ongoing stimulation of your sales. 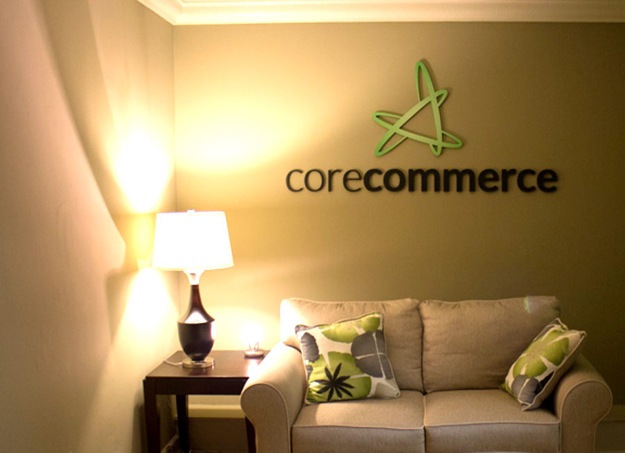 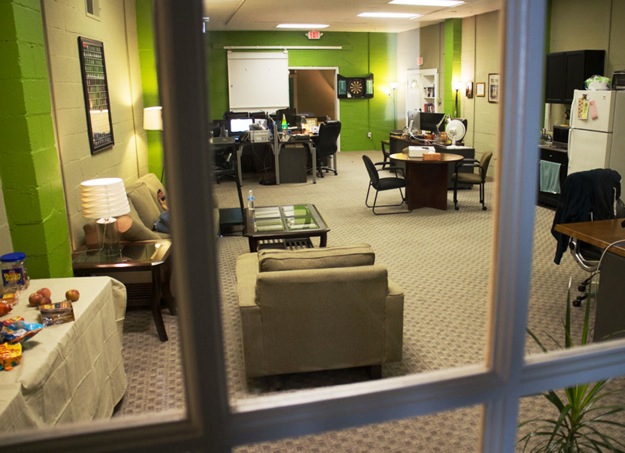 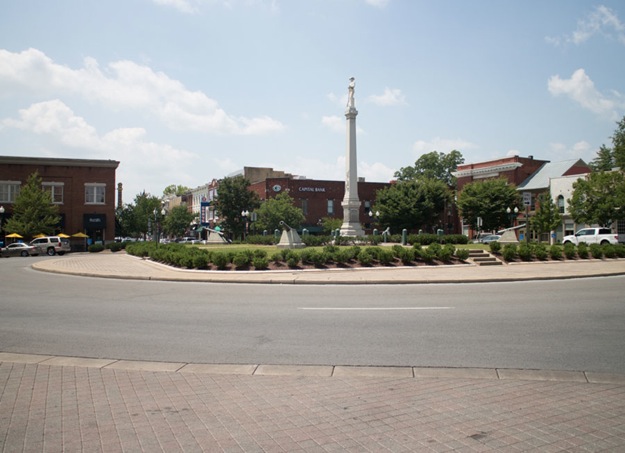 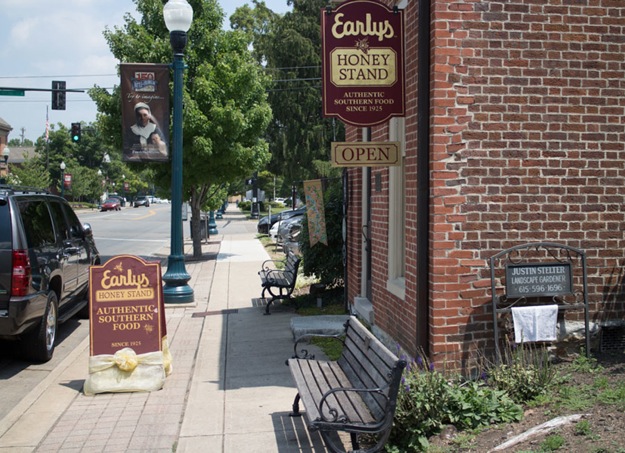 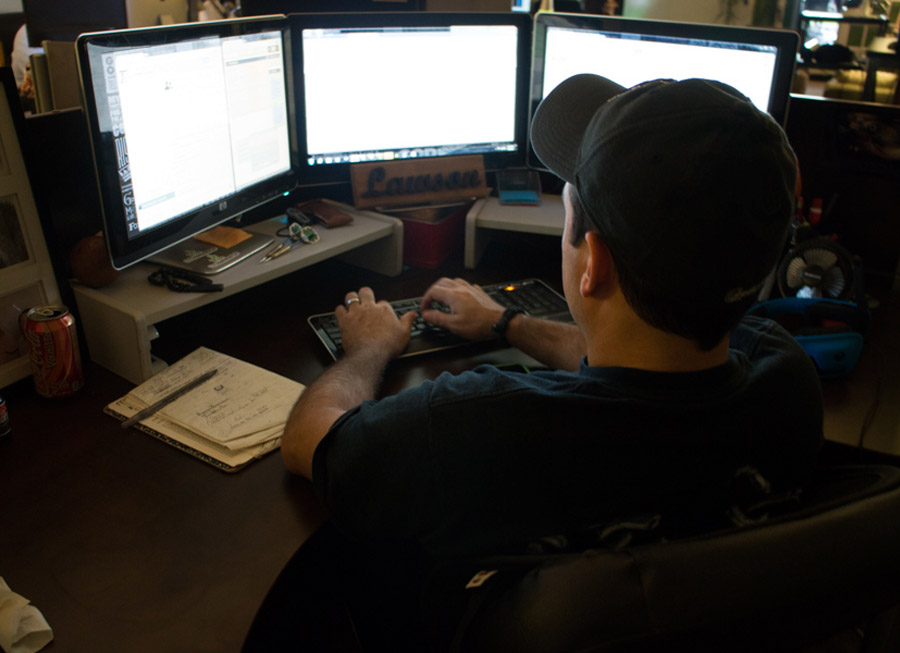 CoreCommerce hits the headlines for all the right reasons!

CoreCommerce Announces Merchant Growth Report for 2013 Franklin, TN - February 20, 2014 - EntrepreWired interviews CoreCommerce CEO Matt Delong covering a wide range of subjects. Discover what Matt did before CoreCommerce, the events leading to the launch of CoreCommerce and what the future holds. Read More

CoreCommerce Announces Sponsorship of ETPcast Franklin, TN - January 27, 2014 - CoreCommerce, the leading e-commerce shopping cart solution, has announced a partnership with ETPcast, a popular entrepreneur focused podcast based in Nashville, Tennessee. The ETPcast podcast is powered by Belmont University’s Center for Entrepreneurship and has featured a wide variety of personalities, from best selling authors to tech and business leaders. Read More

CoreCommerce Announces Integration with AbandonAid Franklin, TN - November 27, 2013 - AbandonAid. As one of the fastest growing abandoned cart solutions on the market, AbandonAid has successfully recovered millions of dollars in revenue, from small companies to large corporations. Read More

"The Evolution of eCommerce – CoreCommerce on ETPcast Franklin, TN - October 18, 2013 - Our friends at ETPcast recently sat down with Matt DeLong of Core Commerce. Listen to the podcast below, or head over to ETPcast to read the full notes of Matt’s story. Listen to the interview

CoreCommerce Announces Newest Software Release Franklin, TN - June 21, 2013 - Among the additions are upgraded payment options, affiliate marketing capabilities and updates to current features. "This software release is a great example of our dedication to improve features we already have and incorporate new features to help our customers be successful in e-commerce," said CEO Matt DeLong. Read More

CoreCommerce Announces Mompreneurs Rock! Contest Franklin, TN - May 07, 2013 - CoreCommerce, the leading e-commerce hosting solution, announced today that the company will host a Mompreneurs Rock! contest to empower moms in entrepreneurship. Beginning May 6, 2013, the contest will run until the end of the month and offer a variety of prizes. Read More

CoreCommerce Announces Special Offer For Growing Nonprofits Franklin, TN - April 30, 2013 - Nonprofits are a vehicle for change and doing good. At CoreCommerce, helping nonprofits use e-commerce software to grow is simply part of giving back. For a limited time, CoreCommerce is pleased to offer half off pricing for any e-commerce plan for qualifying 501 (c)(3) nonprofits. Read More

CoreCommerce Announces Newest Software Release Franklin, TN - March 28, 2013 - CoreCommerce, the leading e-commerce software company, announced the details of the newest software update. This release includes a combination of new features and integration updates, all of which are available to CoreCommerce customers. Read More

CoreCommerce merchants report an impressive 22% growth in 2012, with fashion and accessories as the fastest growing categories. Franklin TN. - March 19, 2013 - CoreCommerce, the leading hosted e-commerce solution, released new information on the company's merchant sales in 2012. Merchants who had been with CoreCommerce since 2010 saw sales increase in 2012 by an impressive 22% year over year. Read More

CoreCommerce Offers Veterans, Police and Firefighters an Entrepreneurship Opportunity Franklin, Tennessee (PRWEB) January 28, 2013 - CoreCommerce, the leading e-commerce shopping cart solution, is giving away a limited number of free online stores to military veterans, firefighters and police officers now through the end of February. This initiative was launched to encourage entrepreneurship among those who selflessly serve and offer an opportunity to start their own e-commerce businesses. Read More

CoreCommerce releases the newest software update, including an overhaul of the Setup Wizard shipping process. Franklin TN. - January 17, 2013 - CoreCommerce, the leading e-commerce software provider, announced the latest software update to the public. This release includes a more intuitive process to set up shipping options, one of the final pieces to complete the Setup Wizard redesign from the November 2012 release. Read More

Store Setup is a Wiz with CoreCommerce - Website Magazine Des Plaines, IL. - December 3, 2012 - Selling products on the Web can be intimidating for traditional brick-and-mortar merchants, especially for the ones without previous digital experience. Read More

CoreCommerce is a Top 25 Tech Company -- Nashville Post Nashville, TN. - November 14, 2012 - The Nashville area's most distinctive and fascinating IT entities deliver a certain innovation and impact, positively affecting various industry sectors and -- in the process - our region's economy. Read More

BasketLady.com takes up a mobile offer from its e-commerce provider FRANKLIN, TN - (INTERNETRETAILER) - January 17, 2011 - However, when Katchs e-commerce platform provider, CoreCommerce, part of Sum Effect Software Inc., offered to help her create an m-commerce site for free and with little to no work on her end, she figured, why not?... Read More

CoreCommerce & Facebook - Merchants Push Sales Through Social Media FRANKLIN, TN - (WALL STREET JOURNAL) - June 1, 2010 - After learning how to market themselves through tweets and status updates, some small companies are taking the next step: selling directly to consumers via social-networking sites. Merchants on Facebook and MySpace are adding e-commerce stores to their fan pages... Read More

Building an Online Store with CoreCommerce FRANKLIN, TN - (ECOMMERCE-GUIDE.COM) - May 13, 2010 - CoreCommerce 7.9 is an all-in-one online hosted ecommerce platform by provider Sum Effect Software. This platform offers everything a merchant needs to launch an online store, including design tools to build the webshop, secure ecommerce web hosting, the shopping cart and invoice system, plus a nice selection of online marketing tools... Read More

CoreCommerce 7.9 Ecommerce Software Debuts FRANKLIN, TN - (ZIPPYCART.COM) - April 30, 2010 - CoreCommerce is a powerful ecommerce solution that frequently updates their software, so that merchants can have the most current tools and features to help them become successful as an online business... Read More

Guitar Retailer Offers Inventory on Facebook FRANKLIN, TN - (PRACTICALECOMMERCE.COM) - April 27, 2010 - What the CoreCommerce store tab offers is really great because, if we want to plug-in or promote a specific product or a special that we have, we can direct users to that product's home within Facebook. There's no need to leave Facebook, no need to click and get to an external link. It's just built right in there. We took specific interest in because it ties products and manufacturers names into Facebook search engine logic too... Read More

How to Sell Stuff on Facebook FRANKLIN, TN - (ONCOMP.COM) - April 9, 2010 - If you want an actual online store, there are many ways to go."Rock the Cradle" has an online store on Facebook CoreCommerce.com from Sum Effect Software helps you set up a store on your website and Facebook page... Read More

The CoreCommerce 7.7 Release: An Interview With President and CEO Matt DeLong FRANKLIN, TN - (ZIPPYCART.COM) - March 9, 2010 - CoreCommerce is ranked #1 of ZippyCart's Best Ecommerce Solutions of 2010, and we thought it was about time to catch up with President/CEO Matt DeLong regarding what has been going on lately at CoreCommerce. It was great timing for ZippyCart, as CoreCommerce is releasing their new 7.7 version of their ecommerce software solution, which includes a mobile optimized storefront that works across all smart phone platforms... Read More

Interview with CoreCommerce CEO, Matt DeLong and CoreCommerce Client, Minnesota Workwear FRANKLIN, TN - (PRACTICALECOMMERCE.COM) - February 26, 2010 - This week, we'll hear from Matt DeLong, president and CEO of CoreCommerce. The company is based in Franklin Tenn., and its software has been used to create between 12,000 and 13,000 web stores, according to DeLong... Read More

Growing Up with E-Commerce on the Web - IT Unmasked FRANKLIN, TN - (IT BUSINESS EDGE.COM) - January 22, 2010 - One of the things that thousands of small businesses have come to realize when it comes to e-commerce after this most recent holiday season is that they need more control over their own destiny. The fact of the matter is that there are tons of small businesses that rely on e-commerce services from companies such as Yahoo. But in that model, each of those businesses is one of thousands that have to comply with the way Yahoo wants to them to sell online, versus having enough control over their online presence to start differentiating themselves... Read More

Smart people who can get things done, apply now!